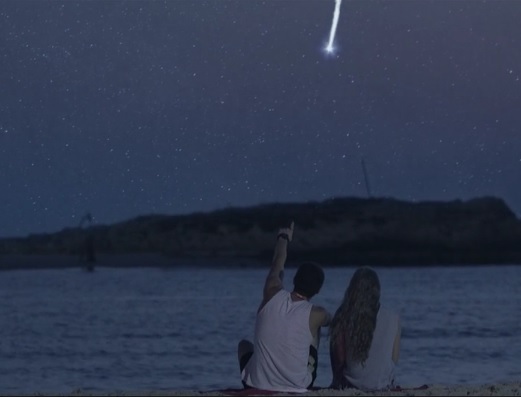 Coca-Cola is at it again. The company that continuously puts forth feel-good videos just released a new campaign titled “Wish in a Bottle.” This time around the video features teenagers at a summer festival event in Israel unleashing the magic of Coca-Cola, literally. With every twist of a cap, each specially designed Coke bottle triggered a shooting star up in the sky. With a little help from transmitters, drones, Wi-Fi and fireworks, Coca-Cola was able to give the party-goers an experience they will most likely never forget.

Creativity Online highlights how Coca-Cola sustains its company’s emphasis on innovation and happiness in its videos, and included a quote from Coca-Cola Israel’s Vice President of Marketing.

“As always, in every event we hold, the emphasis was all about innovation,” said Coca-Cola Israel VP-Marketing Alon Zamir in a statement. “The bottles series was created under the notion of ‘Internet of Things’ and by making a star fall using a Coca-Cola bottle, we could intensify the teenagers’ experience when interacting with the Coca-Cola brand.”

This is not the first time that Coca-Cola has released a video that makes viewers feel fuzzy inside. Coke has a knack for producing videos that create one of a kind interactions between viewers and the brand, making its campaigns hard to forget.

There are a number of things that likely come to mind when thinking of the company’s well known advertisements, and odds are it’s because it restored faith in humanity. Take the “#WishUponACoke” campaign for example, where Coke granted wishes to a handful of workers. It’s difficult to watch this advertisement and not be impressed.

Creativity and heartwarming deeds aside, Coca-Cola does not disappoint when combining music and camera angles to tell a story that generates smiles and goosebumps. That is magical in itself.