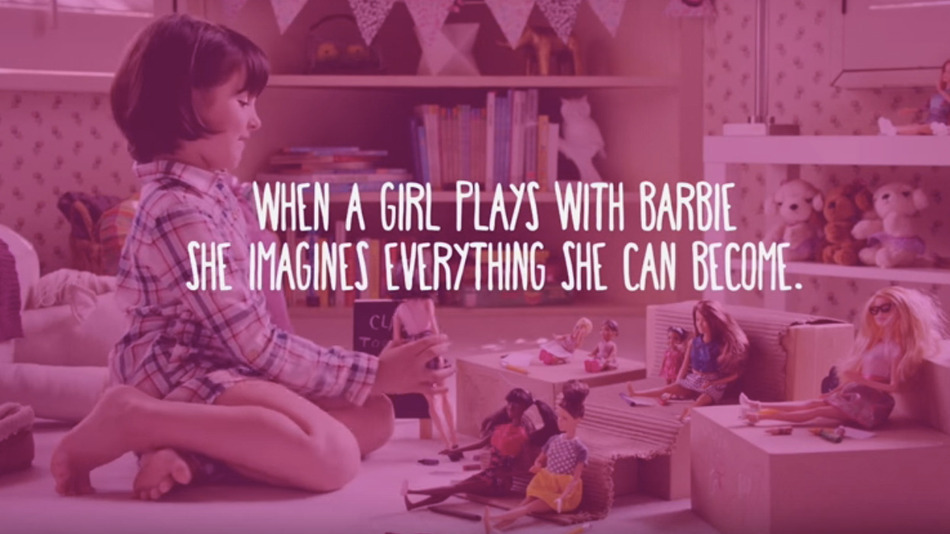 Mattel’s Barbie has always aimed to help young girls use their imagination, empowering them to become whatever they want to be. Though the brand’s image has had its ups and downs in the public’s eye, it has never stopped inspiring young minds to achieve their dreams. The brand’s new ad campaign aims to strengthen these messages with the video, “Imagine the Possibilities.”

Forbes took a look at the positive ways the new campaign could influence consumers’ opinions in the article, “Mattel Reframes the Barbie Brand in New Campaign Targeting Adults.” Barbie’s new campaign was strategically designed to cast the Barbie Brand in a new, positive light. Intended to demonstrate that Barbie inspires children to become whatever they can imagine, the campaign reconnects the original vision for the toy with today’s public.

“Barbie was originally created to show girls they have choices, a fact that most people have forgotten,” said Matt Miller, executive creative director, BBDO San Francisco. “So we set out to show everyone how girls really play and demonstrate that, when girls play with Barbie, they actually play out the possibilities their futures hold.”

The article expands on three key elements in the video that will change the public’s image of Barbie:

In a society where allowing children to believe any dream is achievable, Barbie is taking a step in the right direction to empowering future generations of young girls.