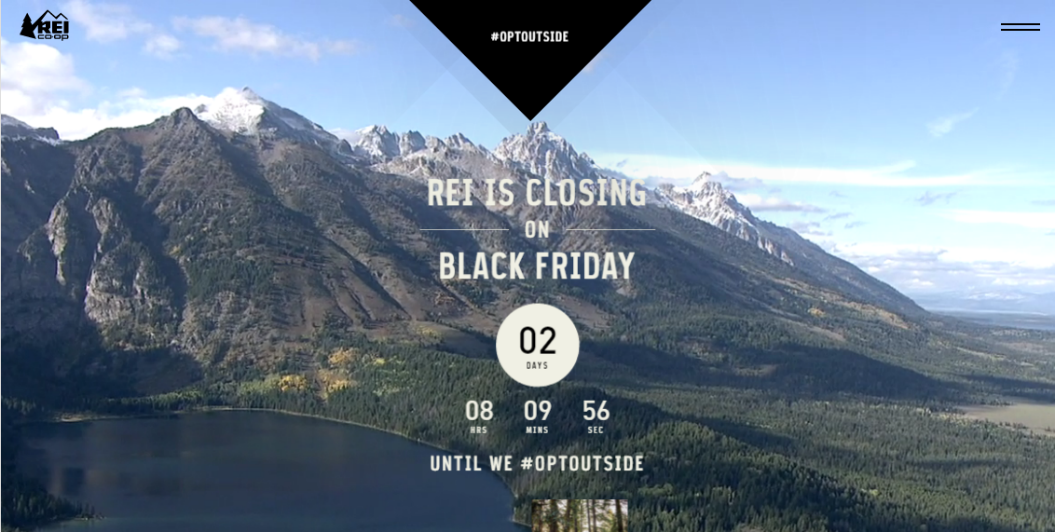 The national outdoor and sporting goods retailer REI has decided to close all 143 stores on Black Friday this year in a push to encourage customers to #OptOutside and enjoy the outdoors. In recent years the trend has been for stores to open earlier and earlier on Black Friday leading some stores like RadioShack to open as early as 8 a.m. on Thanksgiving Day. This year, REI is taking a stand against the craziness that ensues when customers flock into stores for some of the lowest prices of the year.

An article by USA Today describes how REI President and CEO Jerry Stritzke came to the decision to take a step back from Black Friday:

“Any retailer that hears this will be startled by the idea,” says REI President and CEO Jerry Stritzke, who admits he was apprehensive about closing at first. “As a co-op … we define success a little differently. It’s much broader than just money. How effectively do we get people outside?”

Other stores like Costco and Nordstrom have taken a stand against opening early on Thanksgiving Day, but no other store has sat on the sideline during Black Friday until now. This is a momentous decision by Stritzke because Black Friday marks the beginning of the holiday shopping season and, as USA Today points out, Black Friday has consistently been a top 10 sales day for REI.

With its #OptOutside campaign, REI hopes to completely turn the tide of the Black Friday shopping tradition and give its employees two paid days off to enjoy the outdoors.

“Somebody has to be the one to kind of put their flag in the sand and say enough is enough,” he says. “That’s what #OptOutside is for us, is saying we’re going to be the first, we think this doesn’t make sense anymore, it’s not healthy. And an outdoor life is a healthy life.”

In fact, shouldn’t REI fanatics be thanking Stritzke? Because after all, by forgoing shopping altogether, shoppers will score the best savings of the year.