Over the years brands have stuck to the traditional idea of using regular everyday people to represent their brand’s image. From time to time, advertisers would occasionally feature people with disabilities, but recently models with Down syndrome have become more visible. Fisher-Price recently released a new advertisement featuring Lili Boglarka Havasi, a 2-year-old model with Down syndrome, in a commercial for the Fisher-Price Little People Sit ‘n Stand Skyway. People with Down syndrome have also been featured in ads for other popular brands such as McDonald’s, Target, A.C. Moore, Zulily and have been spotted on New York catwalks.

So why has this trend started? Advertisers eventually caught on to the fact that consumers preferred a broad cross-section of individuals included in advertisements. The response was positive, especially from millennials, to inclusiveness and portraying “authenticity” in advertising. Using models with a physical disability allowed them to communicate their values and connect with customers.

Parents of children with Down syndrome say that it’s about time advertisers noticed the distinctive beauty of people with the condition. One mother, Megan Nash of Buford, GA, has a son, Asher, with Down syndrome and will soon be modeling for the OshKosh children’s clothing line. 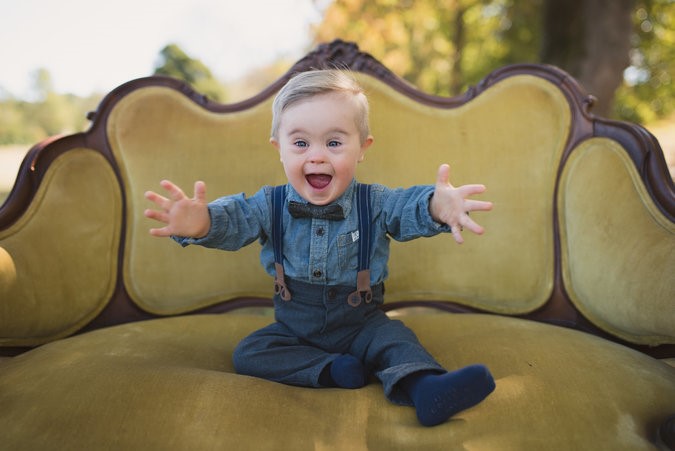 When Nash first submitted his pictures for a casting call she was told they weren’t included in the final round because the retailer hadn’t specifically asked for child models with special needs. Nash shared her story on Facebook, which went viral. This resulted in the story getting back to OshKosh, who then stated it wasn’t the company itself, but rather the talent agency that had turned her down. OshKosh then invited Nash and her son to a photo shoot for the company’s holiday ad campaign.