By Paramount Public Relations on May 17, 2016 in Campaigns, Marketing 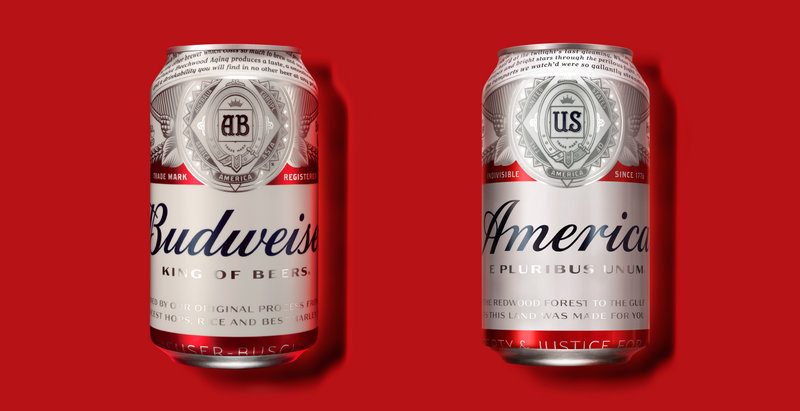 The countdown to the 2016 Summer Olympics in Rio has officially begun and with just under 3 months until the opening ceremony brands big and small have the opportunity to take advantage of one of the most watched sporting event in the world. Budweiser is doing just that with the introduction of their new beer cans and bottles they have aptly renamed “America.”

According to NPR, summer is the best selling season for beer with about one-third of all U.S. sales happening between Memorial Day and Labor Day. Combine the busy beer season with the 2016 Summer Olympics and Presidential Election and this summer is primed for what Budweiser Vice President Ricardo Marques says will be “the most patriotic summer that this generation has ever seen.”

In addition to the new name, the beer the cans will also feature phrases from the Pledge of Allegiance and lyrics from “The Star-Spangled Banner” and “America the Beautiful.” The summer cans and bottles will hit the shelves on Memorial Day and will run through the November election; a seven month period in which every Budweiser sold in the U.S. will read “America.” Marques addressed the name change saying “Budweiser has always strived to embody America in a bottle, and we’re honored to salute this great nation where our beer has been passionately brewed for the past 140 years.”

To go along with the new look, Budweiser is introducing the “America is in Your Hands” campaign. This summer long campaign will focus on “reminding people from sea to shining sea to embrace the optimism upon which the country was first built.” The new cans and bottles will be featured in a national TV spot that is set to premier June 1.

The rebranding of Budweiser’s cans and bottles hopes to capture the patriotism of U.S. consumers. With the 2016 Summer Olympics, Presidential Election and the Copa America Centenario, U.S. patriotism will be running high, and Budweiser hopes this new branding will attract even more U.S. consumers. Despite the mild backlash by many after the announcement of the name change, Budweiser is taking advantage of a unique opportunity this summer and only time will tell if the campaign will strike success.

For more about this topic check out NPR’s full article here: http://www.npr.org/sections/thetwo-way/2016/05/10/477499942/budweiser-will-call-itself-america-for-a-limited-time