By Paramount Public Relations on March 18, 2016 in Marketing 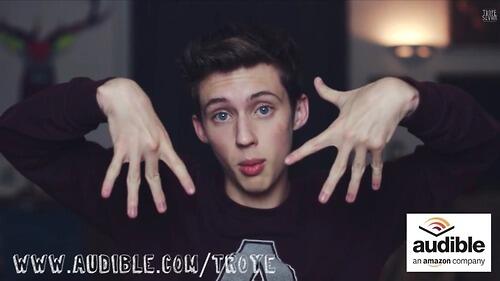 Companies are ditching Hollywood A-Listers and turning toward a different kind of celebrity to promote their brand to the public. YouTube video bloggers, also known as “vloggers” have become some of the most influential marketers over the past few years. Since YouTube was introduced in 2005, the site has helped bring about a new wave of celebrities. Seemingly ordinary people just like the rest of us, many of these stars reach celebrity status overnight and gain a loyal flock of followers who listen to their every word.

Twenty year old Australian YouTube vlogger, Troye Sivan, has built quite the loyal following of subscribers during his time on the site. What started as him talking to his camera three years ago has turned into a full time job for the young star. With close to 5 million subscribers on YouTube alone, his videos get an average of a million views each and his channel has been viewed by over 240 million people.

Like many popular YouTubers, Sivan often promotes products through his videos, one of those companies being Audible.com. Sivan flawlessly incorporates the company into his videos in an unforced manner and also gives viewers the opportunity to get discounted products with personalized codes. The company is so seamlessly marketed into the video that some may not even realize there is any kind of promotion going on. YouTube stars talk about the products they are promoting with enthusiasm and excitement, which often leads viewers to believe they are genuinely invested in these brands.

According to The New York Times, YouTube influencers are a sought after breed. “When you enlist an influencer to market your product, you get an audience that is very well disposed to that influencer’s opinions because they are fans,” says Paul Verna, a media analyst for the research firm eMarketer in New York. These YouTube stars’ opinions are so valued that they are often more influential than big name celebrities.

For more info check out the full article here: http://www.nytimes.com/2016/02/25/business/smallbusiness/getting-youtube-stars-to-sell-your-product.html?_r=0