By Paramount Public Relations on February 12, 2016 in Advertising 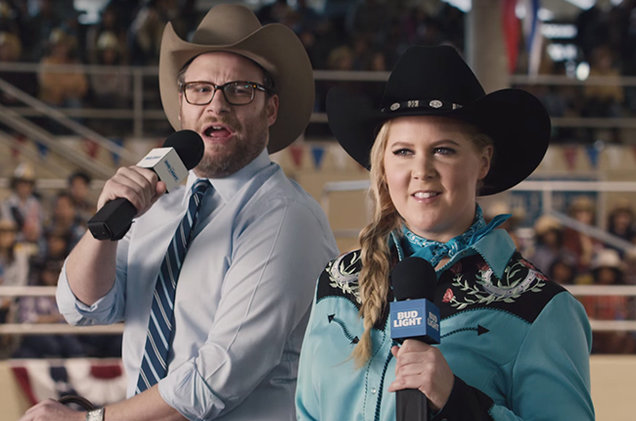 Many watch it for the game, others for the halftime show, while some of us like to sit back and enjoy the entertaining commercials. It’s the annual American tradition: the Super Bowl. The New Yorker ranked this year’s best and worst commercials. At an average of roughly $5 million dollars for thirty seconds of air time, the stakes are high for Super Bowl commercials to be funny, memorable and ultimately, to sell a product. This year’s batch of commercials featured some distinct trends, including the use of celebrities, dogs and Public Service Announcements.

Many commercials this year capitalized on the use of celebrities. Bud Light featured comedians Amy Schumer and Seth Rogen in a political satire commercial. The two are unlikely presidential candidates, with Schumer’s good-natured provocative humor and Rogen being Canadian. In the commercial, the two united the nation with something “everyone agrees on”—Bud Light. By poking fun at the divided political climate and using comedians that are extremely unlikely to become president, Bud Light connects to all its viewers and brings them together over beer.

No matter how cliché, it seems everyone has a love for all things cute and cuddly. This year, Dorito’s made a hilarious use of dogs trying to get into a grocery store to buy Dorito’s chips. After being chased out by grocery store security, the dogs dress in human-like outfits to buy their coveted chips. The paradox of dogs in human attire is easily a source of laughter for everyone, making the commercial enjoyable and memorable.

The NFL aired dramatic public service announcements during the Super Bowl to raise awareness and promote a change in behavior against domestic violence and sexual assault. This commercial featured a simple text conversation between two friends with a reference to one girl’s boyfriend in passing indicating that she was potentially in danger. The NFL has recently been criticized for being too lenient on charges of violence against women among their players. Last year, eight NFL players were arrested for violence against women, and five were arrested the year before. Half of these players still play for the NFL, demonstrating leniency. By creating a PSA against domestic violence and sexual assault, the NFL is combating controversies by publicly standing against violence against women.

Aside from the entertainment value of the Super Bowl commercials, the end goal is to increase sales for products or to raise awareness through PSAs. The viewers—all of us—decide the success of the commercials by how we react to them and this year’s overall response was positive.