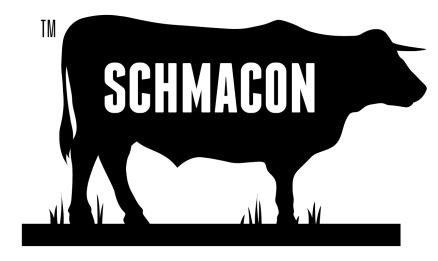 Schmacon™, smoked and cured glazed beef slices, is launching a Kickstarter campaign March 9, 2015. Schmacon is a smoked and cured, uniquely seasoned and sweet, crispy beef product that serves as an alternative to pork bacon. The purpose of this Kickstarter campaign is not only to spread brand awareness but also to celebrate the company’s initiation into retail locations later this year.

Schmacon is a new, all-beef bacon alternative that is made from whole muscle beef. It is seasoned with a proprietary spice blend and cure recipe inspired by its Inventor Howard Bender’s deli roots. Schmacon is lower in fat, calories and sodium than traditional pork bacon. What started as just an idea over breakfast, took Howard on a three year journey to perfect the recipe and technique and to produce the new bacon alternative. It’s only fitting that Schmacon’s home is Chicago, where meat-lovers come to enjoy hotdogs, sausages and beef.

Funds from Schmacon’s Kickstarter will be used for an informative, imaginative and eye-catching packaging design to get Schmacon ready for retail sale. By donating to the Kickstarter campaign fans can receive rewards such as retail packages, sandwich parties or even a five-course Schmacon gourmet meal for four prepared by Schmacon Inventor and CIA Chef Howard Bender. Fans who sign on to support Schmacon from the beginning will receive additional early bird rewards and bonus specials.

Until now, Schmacon has been enjoyed at bacon and beef festivals and select restaurants here in Chicago. Even though Schmacon has not yet been sold in stores, the brand has gained over 11,600 fans on Facebook who are anticipating its launch in retail locations.

MealSharing.com to Host “Show off Your Chops” Event for 100 Foodies in Chicago this Saturday
MakeSpace Expands On-Demand Storage Service to Chicago
Tweets by @ParamountPR