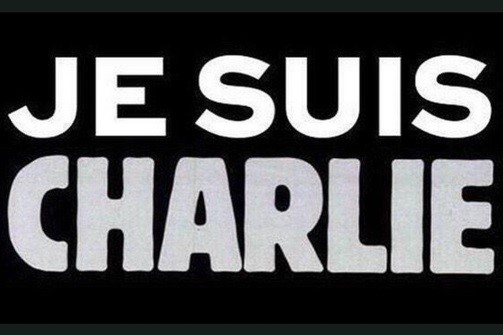 Last Wednesday, Paris and the world were both shocked and devastated after the recent attack at the headquarters of satirical French magazine, Charlie Hebdo. While this is not France’s first threat on its national security, the shooting is currently the worst to date. Like so many others, this tragic event has sparked vast media attention and people around the world expressed their support within hours of the massacre. This article written by The Huffington Post explains how the #JeSuisCharlie Hashtag is “a message of solidarity” and the powerful effects of Twitter after the shooting at Charlie Hebdo.

Hashtag activism allows a simple phrase to turn into a powerful utterance that embodies sympathies of goodwill. The phrase #JeSuisCharlie or “I am Charlie” which emerged in the after math of the attacks on the Charlie Hebdo office is proof alone to cite the ever-growing presence of current events being integrated into social media. Twitter has become an online forum where people have the ability to connect to vast networks with updates of breaking news as well as free expression of their emotions and according to the Huffington Post, “thousands of Twitter users posted the hashtag in support of those killed and freedom of the press.”

In the past week, #JeSuisCharlie has become the trending hashtag bringing together journalists and citizens alike in support for the victims. Looking back to other past political movements in the last few years, such as the Arab Spring uprisings (#arabspring) or more recently, the Occupy Wall Street (#occupywallstreet) protests, hashtags are becoming increasingly powerful as they become a symbol for a global voice.