Social media sites are in a constant battle for users by creating new features and nothing is different when it comes to Snapchat and Instagram. Snapchat is known for its 10 second pictures or videos that users are able to send to other app users or post on their “My Story.” My Story is a temporary photo/video album that is available for only 24 hours after posting an image that your list of friends can see. Instagram, on the other hand, is a more permanent photo sharing social media site. Users can post photos or videos that go onto their followers’ news feeds as well as their personal Instagram page, which is like a digital photo album.

Throughout the past few months Instagram and Snapchat have been in a battle over the “story” feature. Snapchat has had their “My Story” feature since fall of 2013, but Instagram announced its new “Instagram Story” addition in an update in early August 2016. This sparked controversy and competition between the two social media apps. 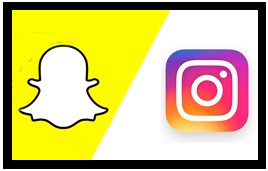 According to an article by The Verge, Snapchat has now copied a feature of “Instagram Story;” the ability to rewind a story. Users of Snapchat will no longer need to exit the story and scroll to their friend’s name to re-watch a story they may have skimmed over.

Instagram allows the viewers of the Instagram Stories to tap on the left side of the screen in order to rewind and replay the story. Snapchat has now adopted this feature and allows its users who update the app to do the same thing.

Along with the ability to go back to the previous snap in a story, Snapchat included a few other new features to its latest update. The Snapchat filters that users know and love are now available on the rear camera, which Snapchat calls “world lenses.” Another feature in the update is the ability to send a snap of a friend’s story to another friend on the app.

With all of the newly updated snapchat features, it leaves us wondering what Instagram will retaliate with next.