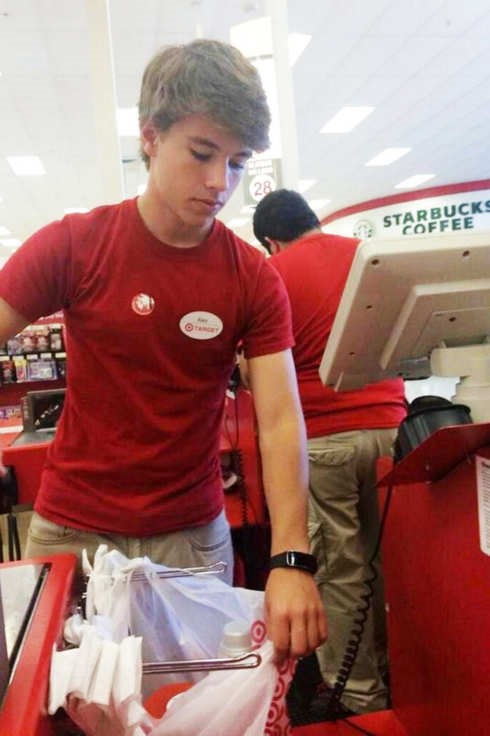 It all started with a photo taken of an attractive young man appearing to work at Target. That photo found itself on twitter with the hashtag #AlexfromTarget and shortly after a media frenzy ensued. USA Today reports how the craze started and who was behind the genius ploy.

Little did anyone know, the website Breakr.com  had set up a social media experiment using this photo. USA Today reports, “Dil-Domine Jacobe Leonares, the CEO of Breakr, announced in a LinkedIn message that the company had conducted what it called one of the most amazing social media experiments ever.” While some initially thought it may have been a marketing ploy, Target confirmed that it was not in on this social media hoax.

The photo quickly grew in popularity, even Target wasn’t exempt from this viral frenzy, sending out a tweet of their own—“We heart Alex, too! #AlexFromTarget”. The dubbed “most amazing social media experiment” quickly began to take off. “In the past two days, #Alexfromtarget has been tweeted 1.5 million times, according to social media analytics site Topsy.com.”

While some faithful fans of Alex were saddened by the news, there is a bigger picture to this ploy and why it was done. “We wanted to see how powerful the fangirl demographic was by taking an unknown good-looking kid and Target employee from Texas to overnight viral internet sensation, Leonares wrote in the LinkedIn post.’”

I think it’s safe to say that they achieved their goal in seeing how big the “fangirl” demographic was as well as showing the rest of the country the true power of social media.

Halloween: What PR Professionals Can Take Away From the Spooky Holiday
Paramount Public Relations is Hiring a Paid Intern